You are not connected. Please login or register

*This post is reserved for the Sorting Hat*
Morgiana Sharpsting 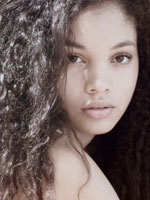 Hogwarts was just as she imagined it of course. Morgiana's father was a former Ravenclaw and could be relied on not to leave out any detail, no matter how minor.

Enchanted row boats had conveyed them across the lake - Morgiana hesitated to say rowed, since the boats had had no oars - and now that one of the professors had coaxed everyone to follow him to the front of the hall, they stood gawping in front of the Sorting Hat.

All except Morgiana, that is. She was not the sort of person to gawp. If her mouth had fallen open momentarily upon entering the Great Hall, that was merely because she had been travelling all day and anybody would be tired after such a long journey.

The Sorting Hat sang its song, as she'd known it would (Daddy again) and then the professor began reading names from a long scroll. Well, at least she would be able to observe some other people being sorted first; her name was not until the end of the alphabet.

The sorting went much quicker than she'd expected and it was not long before "Sharpsting! Morgiana!" was being called. In fact, she was somewhat surprised the professor had managed to get her name right. Most people didn't the first time.
Current date/time is 29th November 2022, 4:36 pm