You are not connected. Please login or register

This Calls For A Celebration 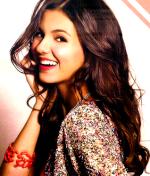 This Calls For A Celebration

"Wow, I really do have a problem." Zoya muttered, wincing as she walked into yet another nightclub, raising her grand total to a total of three nightclubs in six days. Or was she repeating them? Honestly, they had started to blur in her mind. And then it wasn't as if there was any real difference between them, her motives being just to get some drinks and flirt a bit, and each bar provided that.

Other than the stilettos she had slipped on, it didn't look as if she was looking for a wild party but that was what was on her mind, a fact she hoped she hinted at in the sparkle top she had worn, so what if she offset it with a dark, fitted blazer and skinny jeans instead of the more suitable approach of a skirt. Well, its always better not to get your hopes up. She wisely thought as she pushed a strand of her messy dark drown hair she had styled in curls, walking up to the bar and ordering a Firewhiskey. Only after she had downed half the glass and her sour mood had cheered up slightly did she look up around her.

She felt her lack of responsibility was excusable, this was pretty much gonna be the last. After this, she was officially gonna begun picking up whatever crap of her life she remembered and begin the awkward task of teaching. And just the fact that she was actually looking forward to that called for another round. "Atleast the Mother wouldn't be able to bug me there." She muttered, cheering up as her order arrived. "And hey! I get to screw up the doctors orders too!' She giggled, stopping immediately as she realized she was giggling. Oh boy. 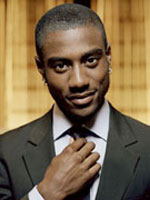 Aidan was alone once again while his roomie was off grinding against some nameless witch, when suddenly a voice intruded on his thoughts.

Doctor's orders?  The distinctly mugglish word stood out a mile in this place, which prided itself on only allowing the most pureblood clientele inside its doors.

He set down his beer and turned to the girl, who he belatedly noticed was dressed to the nines.

Alex must have said something weird, judging by the glances thrown her way. Or specifically, the rate of increase in them.,k she credited her Auror training for this observation. Losing your memory did that to you, you tended to forget social orders of the day. Let's just chalk it down to attractiveness, she mused with a smirk, holding up her hand so that the bartender slid another glass her way. Maybe it was enough now, she should really get going home. But this was just so much fun, and it is a celebration after all! A lonely one, albeit.


Looks like the night was changing though "What this? Nah, I just threw it on." Alex dismissed with a smile, her expression soon turning up into a smirk with a healthy dose of flirting thrown in "Is what I would have said, but I know its a killer dress, so thank you." Flirting with herself, maybe.

"An eye for a good clothes, that's rare." She remarked, gesturing with her glass to a scantily clad witch who tried oh-so-hard to look sexy but came off as a little cheap and highly distasteful. "What about her?" She questioned, raising an eyebrow as she sipped her drink.
Aidan Kilduff

Aidan turned to observe the girl who was pointed out.

"What about her?" he asked. "Or are you one of those chicks who can't feel good about herself unless I say something horrible about every other woman in this room?"

He glanced back at his companion, matching her smirk with one of his own.

"My name's Aidan, and you?"
Alexandria Marwolathe

"A, 'chick' is a highly derogatory word. Don't call me that." Alex stated, swiveling around on her seat to face the crowd properly. "B, I don't need you to tell me anything. I have eyes, and more than a half a brain; I will make do." She finished, tipping her glass and laughing to take some of the edge off her words.

"Why I picked that one out is, because she had an............interesting ensemble. And you notice dresses. Ah, vain hopes." She explained, throwing a sideways glance at the man beside her. "Alex."
Smirking, ahaan. "So Aidan, what do you do?"
Aidan Kilduff

It wasn't exactly true.  Aidan merely worked in Madam Malkin's along with half a dozen other shops along Diagon Alley.  But perhaps it would explain his alleged preoccupation with women's wear.

This "negging" thing wasn't working out at all.  It was just what he deserved for reading muggle books.
Alexandria Marwolathe

"A.....tailor?" Alex repeated, giving the guy a once-over. He doesn't look like a tailor, She thought before closing her eyes and wincing. Damn her paranoia. This was a perfectly normal guy, in a perfectly normal setting and there was no way she was going to get the least bit of hurt during this evening. Except, maybe a hangover. Suddenly realizing that for a second there, she had totally spaced out, she blinked and picked up her glass again. "I am sorry, what?" Taking a sip of her drink she turned back towards her fellow drinker, feeling a slight buzz in her head, a result of the amount of liquor coursing through her system. "Do you want to dance?"


[OOC: I am so sorry I didn't post this sooner, I had my college entrance examinations